The Neoclassical style was principally imported into Italy from France and in Genoa the presence of the architect, urbanist, and furniture designer, Charles de Wailly (Paris, 1730-1798) was particularly influential. De Wailly – whose major Parisian achievement was the Théâtre de l’Odéon for the Comédie-Française – first travelled to the Ligurian capital in the early 1770s to redecorate the home of the Genoese ambassador to France, Cristoforo Spinola. At the Spinola palace in the Strada Nuova (now Palazzo Baldassarre Lomellini), he worked in tandem with the leading Genoese proponent of the new style, Andrea Tagliafichi (1729-1811). The palazzo’s famous Salone del Sole, destroyed by WWII bombings, was celebrated as one of the most sumptuous in Genoa and depicted in the engravings by Desprez under the entry for Architecture in Diderot and d’Alembert’s Encyclopédie.

This table’s form would have fitted this room very well, and the fact the secondary wood is Ligurian pine would suggest this was a high-quality production for a Genoese palazzo.

Exceptionally, the table base retains its original marbleised decoration which matches the Broccatello de Spania top. 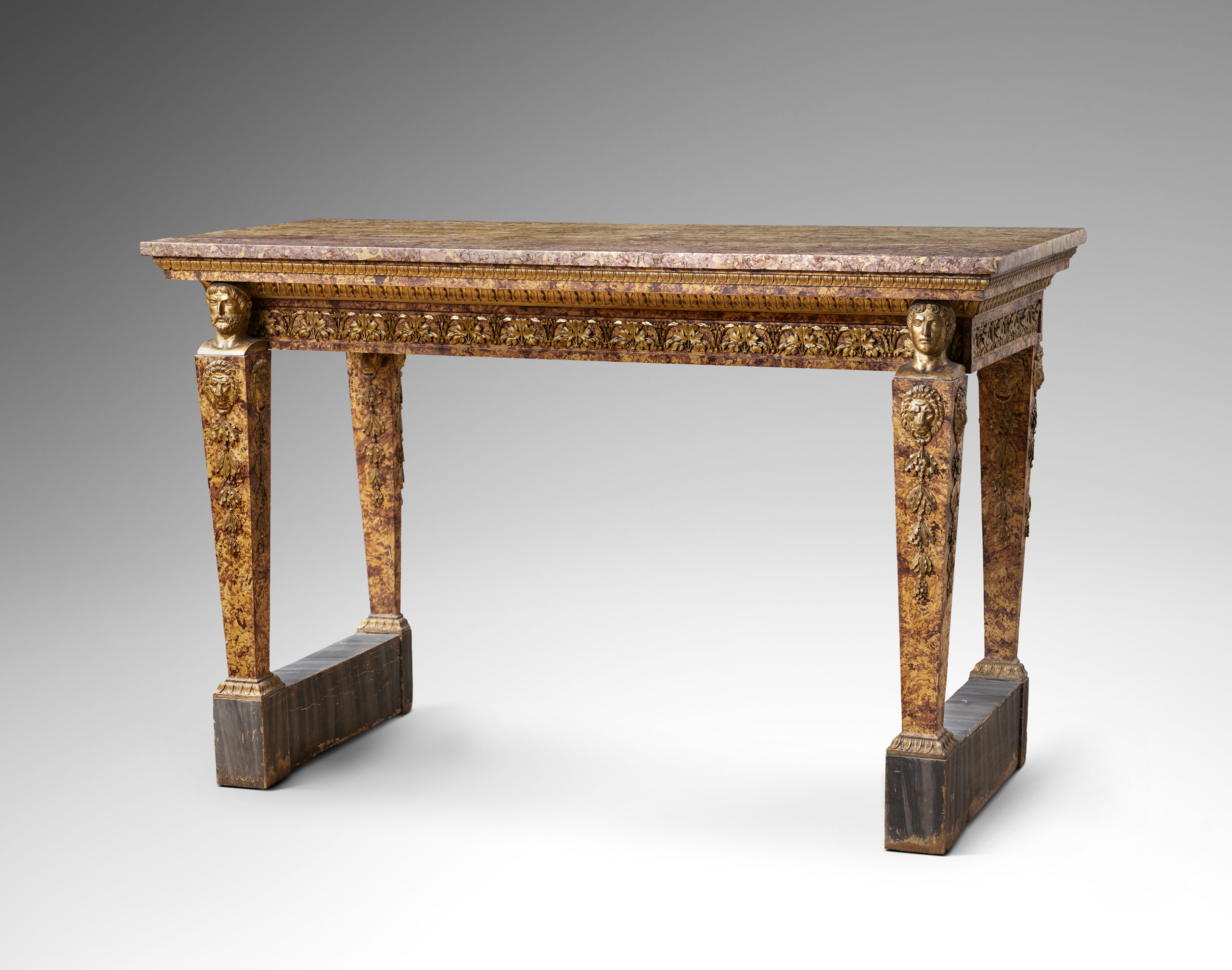